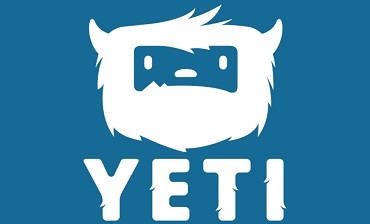 2017 is the year at which Yeti Casino opened its virtual doors and began to welcome its first clients from many countries. Therefore, the company itself is fairly new, but the people who decided to set it up are not.

The parent company is called L&L Europe, and spent many years learning what should be done for offering an attractive and rewarding casino experience. Probably they learned pretty well, because as it will be discussed throughout this review, Yeti is a reliable platform that since the beginning showed to this entire community the assets that provides to its thousands of customers to challenge other competitors.

The establishment took good care in providing an attractive list of benefits to all its visitors since the beginning. A nice sign up benefit exists, which the following section will discuss in greater detail. At the same time, players can grab other promotions that are handed out regularly via email or pop up windows. These promos are changing regularly, because of this, people should constantly check them for being aware about the new opportunities that are constantly arising.

A welcome bonus is obviously provided. Besides it, there is a “pre-welcome” bonus. These two concepts are fairly simple to understand. This “pre-welcome” promotion is essentially a gift handed to everybody that just decided to sign up. For obtaining it is not necessary to put money into the customer’s balance. Specifically, after creating an account, Yeti is going to welcome those new members by handing them out 23 free spins. Clients can make use of them in the Joker Pro or Starburst casino games. People who wish to set up a new account should perform the following steps:

If this list of simple steps has been properly executed, the newcomer is going to be automatically handed out this aforementioned 23 free spin package. No need to insert any promo code.

Speaking about the “official” registration bonus. People who want to grab it should start by making a deposit of $10 or more, new users will be rewarded with a 100% match benefit that comes with a top amount of $111. Clients can employ it in whatever form of entertainment they want. Right now its corresponding wagering requirement equals 60x, and expires after 7 days since the first money addition took place.

As said during the introduction, Yeti is well known for giving promos, bonuses and similar benefits to its clients on a regular basis. They are also known as lightning bonuses from time to time. While they tend to change a lot as time passes, at a single moment their list of promos is not the most varied one. Nevertheless, there are still good enough bonuses to keep current players engaged.

One example is the Christmas blackjack promotion. As its name implies, around the time of Christmas players can play blackjack and bet their chances for winning prizes considerably more generous than in other periods of the year. Many lucky members have obtained spectacular winnings thanks to this benefit. The Wicked Wednesday Reward is another such example, which is a benefit that is handed out to regular customers through email during that specific day of the week. Its randomness relies on the fact that players may receive a deposit or a no-deposit promo, or a pack of free spins.

Does Yeti Casino have any kind of VIP program?

There is an exclusive program that is accessible only through invitation. In other words, there is no specific list of requirements that a player must fulfill for participating in it. Customers will be chosen by the casino management and invited on a personal basis. While no specific or published requirements exist as far as we are aware of, it is obvious that people who participate a lot at Yeti could have any chance to be selected.

Approximately 700 games in total make up the library of games compiled by Yeti. Some famous developers such as Amatic or Microgaming have provided some of their creations to this portal, which gives a good quality overall. Something positive about this list is that it is constantly growing, which leads to new opportunities that are constantly appearing.

Evolution Gaming is probably the favorite studio for upkeeping live games in many online casinos. This developer started to work with Yeti almost since the beginning, offering some exciting forms of entertainment like roulette or blackjack. For players who may not know, if a game displays an Evolution Gaming tag, they should expect a high-quality experience.

Among the most popular options chosen to play, hundreds of poker tables are available at any given time. They have different bets or stakes, and also offer different flavors of the game. Various types of baccarat are present in the platform too, which despite being a legendary classic, it has encountered its own place inside the modern day digital portals.

Starburst and Joker Pro are only two examples that are part of the slots availability of Yeti. Progressive jackpots are featured in a large majority of them. Here prizes progressively get bigger, until an extremely lucky player eventually wins it. This form of jackpot is extremely popular right now, because the potential prizes that it can hand out can have exponential growths.

As said before, the list of games at Yeti Casino is under constant expansion, and considering that slots make up roughly half of this total portfolio, new variations of slot machines are being offered all the time. This means that always new possibilities are made available, as every new option gives fantastic probabilities overall of claiming some large winnings.

Available within the live area of Yeti is the big majority of the table-based games. Some examples include baccarat, video poker, etc. When counting each individual variation, the actual size of the total portfolio becomes huge, with countless opportunities.

People can also find examples like craps or scratchcards, which are outside of the live gaming area of Yeti, whose non-existing difficulty have made them very popular options for easily and quickly grabbing an interesting winning.

For keeping a 700-game library, many companies and developers work alongside Yeti Casino for creating and upkeeping this total portfolio. Some very famous games like Amatic, NetEnt, Yggdrasil and Microgaming are part of this large list of partners of this platform. Their focus is mostly slot machines.

On the other hand, Evolution Gaming has been the developer who has been commissioned to develop and constantly update the live games section. Considering the excellent evaluation that this studio receives from virtually anywhere, and that its name can be seen everywhere around this realm, this portal has made an excellent decision when choosing Evolution Gaming as their live casino provider.

All platforms where people can access Yeti Casino share a fantastic feature: the interface is extremely intuitive, easy to use, and easy to navigate. This is something really great that has helped many establishments to attract new people to their ranks. Usually a bad interface scares many people away, but this portal managed to build an extremely friendly and efficient interface that doesn't require any kind of learning curve.

When visiting the main screen people are greeted with the login and sign up options, which will take them to each of those options by a single click or tap. At the same time, the games category list is displayed, meaning that people who don’t have an account yet can still explore the full game library of Yeti Casino and determine if they are convinced by what is being shown to them. At the same time, the center of the screen is dominated by the games that are being played by large numbers of people at the moment of the visit. This of course helps prospective customers to have an idea of where Yeti Casino excels.

What can be expected by mobile device users

Great news for people who love to install the app of their favorite casino on their mobile gadget, because an official Yeti software was released only a few months ago. People can employ it from iOS and Android gadgets. Players can literally access anything from this platform. No feature or form of entertainment has been excluded from it. Unfortunately other similar establishments sometimes are capable of only offering a very limited game selection for their mobile platforms, but fortunately, this is not the case at Yeti.

Downloading this program is totally free in both systems, and permits people to have the same awesome experience that can be obtained from the main website.

VISA and MasterCard credit cards are the most employed payment forms by Yeti players. Simultaneously, gamblers have access to a nice range of banking forms. They include online payment services like Skrill, PaysafeCard and Neteller. Everything mentioned so far can be used for deposits and withdrawals. All banking options have no kind of extra fees. It is important to keep in mind that the minimum deposit allowed is $10.

Reliability and security at Yeti Casino

This portal is very secure. Still, in the unlikely scenario that a client experiences an issue where establishing contact with customer support becomes necessary, a few channels to reach them can be used at any moment. Examples of those forms of communication include email, live chat and telephone calls. There is always an operator available 24/7, and people can get assistance in many languages. This helps to provide support in the best possible manner to all clients.

The security aspect is another point where Yeti Casino puts a huge effort. The portal has been granted several recognitions and licenses. For example, almost since the very beginning it has possessed the license from the Gaming Commission of Malta. Every regulation that they mandate is very strict. At the same time, this list of licenses has grown with the one given by the United Kingdom, which is also a very prestigious one. Finally, it is worth mentioning that GoDaddy has also provided a certification of its own, which evaluates in a good manner the overall security of this gambling site.

Many individuals may have huge problems when putting their gambling behavior back in control. For this reason players of virtually every online gambling platform nowadays can employ different tools when struggling to maintain their finances under control. Yeti Casino allows to set bet limits. Here a gambler, in a totally voluntary manner, configures his account in a manner that it will not allow him to gamble beyond an established amount. Other establishments offer a self-suspension or self-exclusion characteristic, but as of now Yeti doesn’t have anything like this.

When visiting this establishment sometimes it is easy to forget that the company was born only three years ago. This could make a lot of people think that this relative inexperience could make the portal vulnerable or less trustworthy, but this couldn’t be farther from the truth. This company managed, in only three years, to go from a project that would evolve into a casino, to eventually become a respectable, fierce competitor in this competitive industry.

The growing catalogue of games, the nice selection of benefits, and the fantastic software developed for mobile devices, which allows potentially unrestricted access from any place and any moment, are only a few factors behind the undisputable success of Yeti Casino.